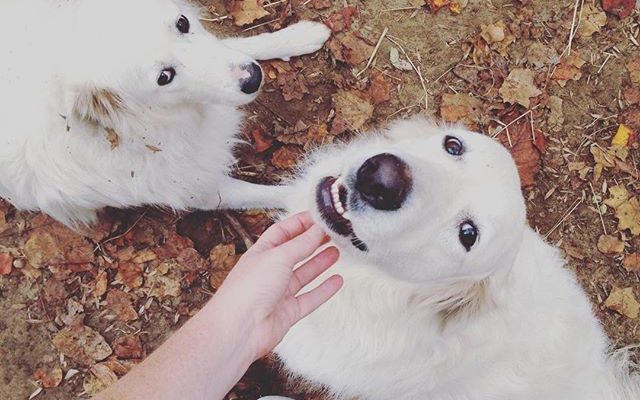 One of the earliest decisions I made when the first draft of our farm was written was to invest in livestock guardians to keep our chickens and goats safe from predation. Our plan was to have a large flock of egg layers for market and CSA. I had some experience with chickens and thought I could figure out scaling it up easily enough. However, we were moving from Brooklyn to an area bordering a 800 acre county park, so more predators would be a certainty. In the vision of our new farm, I imagined our poultry to be able to experience life roaming free and foraging, but having them confined to an enclosure would be the only way to keep them reasonably safe. A detail worth noting about predators: they are proficient at finding ways to eat. Big surprise there, right? Nocturnal predators are the most persistent and opportunistic hunters and scavengers of all. With time, even the most secure coop and run starts to get a little shaky around the joints. Fencing starts to warp, gaps start to form, wires short out and then before you know it, the native wildlife are feeding on animals you spent months, if not years, fussing over. If I was going to raise chickens in a way that felt right to me, in a way that gave them the best possible life, I would need help keeping them safe while we slept at night.

At Kinderhook Farm, they have a wonderful pack of Livestock Guardian Dogs (LGDs) that protect their flock of sheep. Back then, before they expanded their team to four dogs, they had two male Maremmas; Ollie and Sarge. They were the original team, working together back when I was getting the logistics of our farm business started out. My friend Laura happens to work there so, I went up to visit them (an aside: they are, by a long shot, my favorite group of people. Visit them.) and to meet their dogs for some R&D. At the time, a farmer in Upstate NY had a litter of Maremmas and was struggling to find working homes for them. He offered to strike up a deal with me. Before I committed, I wanted to see how these dogs worked. On different occasions, Laura and Georgia had taken us out to meet them in the pasture with their charges. Ollie was still a pup possibly under a year old, but he was already close to 100 pounds. He still had a playful streak, and he was eager to make friends while in the presence of the people he trusted. Sarge, who is a year older than Ollie, was more mellow, aloof and seemed keenly more aware of his surroundings. He had matured enough to become more serious about his job. I fell in love with them instantly and decided then that I would like dogs just like these two on our much smaller farm.

I realized later that I was not getting the full picture of what a LGD breed of dog is really like. One really should see how they transform when the sun sets and they become the formidable sentinels that I now know them to be. One should also observe both genders because the variance in behavior between males and females can be stark. I would learn many things about these dogs the hard way, perhaps the only way stubborn people can truly understand anything. A few months later in September of 2012, we drove to meet the Upstate NY farmer at a greenmarket in Manhattan to pick up our two ten-week old female maremma pups.

In retrospect, there are many choices that I have made during the creation of our farm that still have me scratching my head. At the time, we were just trying to get systems operational within a fairly brief and admittedly arbitrary timeline. That’s how I justified it. “We need the dogs now because we need to bond them with goats and chicks which we need to get right now so that we can have eggs for CSA in June.” There were certainly other ways we could have approached the introduction of working dogs and livestock to our farm, but I suppose without the audacity of ignorance, many things in the world would simply not get done. I try not to think too poorly of myself for getting myself into situations that I had not sufficiently measured before jumping in. As far as amateur moves are concerned, I could have done much worse.

In the late summer, a week before we moved to New Jersey to start our farm, we brought these two ten week old pups home to our apartment in Brooklyn. The dogs had never been to the city, walked on a leash, slept indoors (they had a big barn that they lived in with their mother, who, as another interesting aside, now guards sheep around the corner from our current farm at Saipua’s World’s End Farm). The nameless pups weighed 45 pounds each already, so to get them home we would have to gently drag them down the block and pick them up to cross the street. People thought they were adorable and beautiful and wanted to pet them, but as they approached the dogs, they would pull as far away from the strangers as possible. These poor girls were terrified, we had to get them to a quiet place so we could get them accustomed to lead walking and people.

In the relative peace of our Brooklyn backyard, we spent some time working on commands with them, supervised them with our small flock of chickens. Walks with our neighbors friendly retriever, Cooper helped a lot. All of our neighbors came out to pet them and give them baths. That helped too. Socialization is important, as I’ll explain in my next post. A week later, we were loading them up into the car for an hour drive outside of NYC to a little coastal estate in NJ that they would learn to protect and and think of as theirs. By the time we were completely moved onto our new farm, they had learned basic commands like “sit”, “no”, “come” and to walk reasonably well on a leash, in spite of their insistence on stopping to smell every-last-thing along the way.

The first few months with Stevie and Peach were really difficult. While I have no regrets at all, at the time I had seriously questioned whether we had made the right choice. Between the endless barking at night and the puppy exuberance leading to play with goats and chickens, to territorial fights between the dogs, I was unprepared for the degree of guidance and consideration that these dogs would require. But we had the determination to do a good job raising them and we had more experienced farmers to consult. With thoughtful adjustment to routines and infrastructure, a lot of exercise through their puppy years and some consistent training, Stevie and Peach have grown into two of the most dedicated, confident and trustworthy working dogs. There were days where I would cry and wonder how we would make it work, but we took each day as it came and now, there isn’t a day that passes that I don’t feel glad that we made the decision to bring them to our farm. They are our partners, they are indispensable and we absolutely love them. 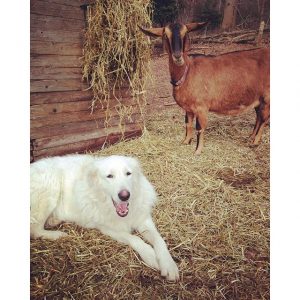 In future posts, I am going to talk about infrastructure and resources for information about working with LGD breeds. I do not consider myself an expert on the topic, but I’d like to share my experience with Stevie and Peach. I have encountered many prospective and new LGD owners and they experience the same issues that I have. Through mentorship and long-term effort, we were able to get through the other side of canine adolescence with our skins (and theirs) in tact. These dogs are not a quick fix to the problem of predation. They are a commitment and they require some work, but they are absolutely worth every bit of effort they require. If by sharing my experience, I could help even one of these dogs reach their full potential and have a happy life doing what they were intended to, I would feel I had done this breed and other farmers a service.

Keep following along. Next post will be more instructional, with information about breed traits and behavior, choosing a dog, introducing dogs to stock, finding mentorship, fencing, training and sibling dynamics. Please feel free to post any questions you might have about working with LGD breeds and I’ll try my best to help or point you in the direction of folks who know much more than I do! 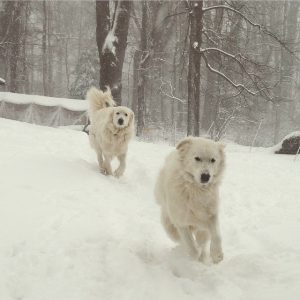