Home » reflections » The ‘me’ I aspire to 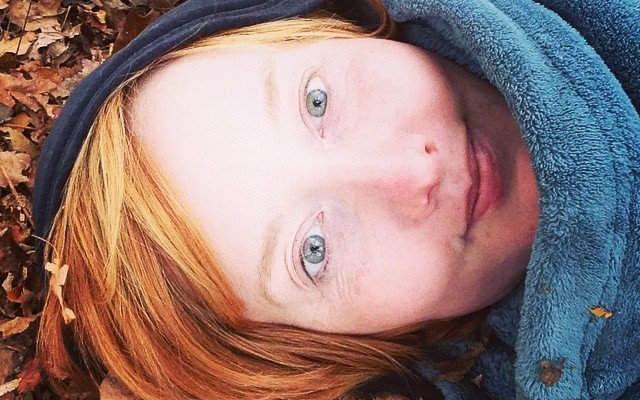 Sometimes, when I hear people speak of me, like when I’m being introduced to a new person at a dinner party, I have no idea what they are on about.

“This is Meg, she’s an amazing farmer and she wrote a book and she’s just terrific.”

I get pretty meek at statements like this or even more tempered commentary about me and what I do for a living now. And this is because, frankly, I don’t believe any of it. It’s very sweet, of course and makes me feel well-liked. But it’s an exaggeration. One that I shrink at. If I could edit them before their delivery, it would sound something like this:

“This is Meg, she’s a new farmer who is kind of out of her league but she grows some good food in an embarrassingly weedy overgrown field. She’s broke, has holes in her underwear, she struggles with being generous with her feelings and she wrote a book that no one has heard of but hey! No one is perfect, right?”

I mean, there’s no way anyone beyond Neil would know all of this stuff, but it’s the truth. I feel like I do a passable job at executing my goals, but not an exemplary job. I want to do better. I want to not only be the best farmer I can be but also be the best version of a human being. I haven’t pursued attaining either of these things and as much as it smacks of excuse making, it has a lot to do with the fact that I’ve treated myself rather badly for the past few years and I’m tired. I’ve had these conversations with myself before about things I ought to be better about, but I figured this time around I’d take a different approach to picking myself apart a la self-improvement goals.

Today I will visualize the me that I aspire to instead of needling at the things that I’ve gotten wrong in the past. I’m a bit of a romantic in some ways, so I hope you’ll forgive the occasional syrupy meandering.

I dream from time to time that I am an older version of myself. In those dreams I feel that I am a person that is admirable by my current standards with qualities that I think are most beautiful when found in women.

Older Meg gets up before the sun every day like clockwork and doesn’t feel the need to grumble or be slow about it. She takes a hot shower and puts on clean work clothes and brushes her fading red hair each day before having a strong cup of coffee with goat milk and maple. During morning chores, she works with a graceful economy of movement and greets all of the stock with warmth and humor. When a chicken gets underfoot, she does not get angry with it, she just sidesteps it and forgets about it in the next moment.

The older version of myself consults her planner to see what’s in order for the day. Her farm hands arrive and she clearly and firmly articulates what’s needed from them. They find her stern but fair as an employer and like that she is kind and appreciative when the days work is completed. She feeds them good food too, which makes them feel looked after. Older Meg is out in the field for the first few hours of each day setting the pace and overseeing the quality of the jobs being done. She has, as her business has grown due to a few years of hard work, organization and bootstrapping, become a stronger manager of the farm and has grown to trust the people that work for and with her to take pride and satisfaction in the work. Giving trust was not always easy for her but she made an effort to open up and it paid off.

When the days work is done, she tends to tying off the loose ends of the day so that she can dedicate attention to her family. They go for long walks each night after dinner, and this older version of me listens to the differing opinions of her blood and asks questions instead of offering counter opinions at every opportunity. She enjoys listening to the people she loves so dearly talking amongst themselves, because it is beautiful just to be alive in the world and love and to hear the voices of your people echoing off of the trees and the vanishing into sky.

When I write it out like this, it doesn’t seem that I have a terribly long road to travel to get to this place. I have some work to do, personally and professionally but it is attainable. I look forward to the moment when I look into the mirror and the person I am today and the person I aim to be melt together once and for all.