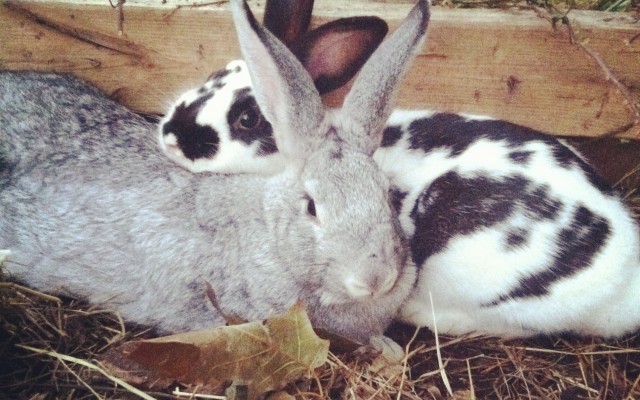 Last night, as we wrapped up CSA distribution, I went into the rabbitry to make sure the gang of buns had sufficient water and that the fan was on. It’s been a bit balmy these past two days and rabbits don’t tolerate heat very well. It was comfortable in their little shack but I noticed that Salad, our most prized Chinchilla doe, was lying on her side, eyes open in repose. She’s been guilty of tricking me by lazing about in a similar position in the past, so I clapped my palms together quickly to get a reaction. I expected her to jump up and hop out to the fence to see what treats I had for her.

There was no reaction. 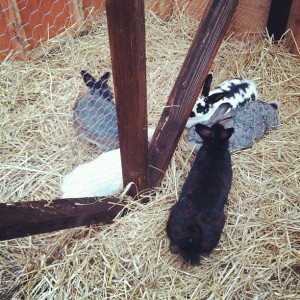 I shook the side of her stall. Nothing. Hazel, her best rabbity friend, seemed distraught. My stomach sank.

I went in and crawled into their burrow and put my hand on her head as a confirmation. She was gone. I pulled her out by the funny little arm of hers that I loved so much and scooped her up in my arms, cradling her. She was still soft and warm from the life that had just left her. I called to Michael, who rushed over to help me move her out of the paddock to examine her.

There were no visible signs to indicate what might have made her ill. We took note of a little bit of discharge from her nose, a clean bottom and some dampness on her dewlap (the extra skin mature does have around their necks). The next day would be dedicated to cleaning and sanitizing the rabbitry as a precaution. 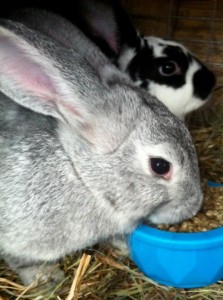 We dug a deep grave under the poplar tree that shades the rabbitry where her friends still live. In with her body, we placed a handful of the best hay we could find and some alfalfa pellets. It was dark and we kept any chatter to a minimum. We said our quiet goodbyes, but I was choking back tears. I hoped no one could see my face changing color, but I’m sure my awkward breathing and quivering voice gave it away. A lost animal is a failure on my part. I take things like this very personally. The guilt burns like acid.

That evening, as we went to collect the mail we noticed a cardboard parcel jutting out from the mailbox. In it, an assortment of fall seeds. To the average person, it would just be the delivery of a thing that was wanted. But for me, it was a statement that needed to be heard. In that small package were thousands of tiny bits of living potential. It was a clear reminder that farm life is real life. There was death today, but there will be life tomorrow, and much of it. I would give myself permission to mourn, find out what took one of my rabbits so that the rest of the colony would be safe, but then I would have to look forward. Life doesn’t simply end, ever. It transforms. 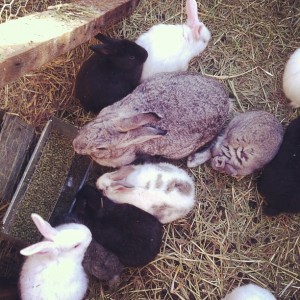 In her lifetime, Salad gave us the gift of many beautiful kits. Her impact was bigger than she was. We still have two of her offspring in our colony, who are the most charismatic of the bunch. We have friends with rabbits of their own that came from her litters. She was a fantastic mother, a gentle spirit and a friend. We will miss the sight of her long eyelashes, soft grey fur and twinkling eyes every time we go into that rabbit house.

Thank you for being part of this farm, Salad. It was a more special place with you on it. 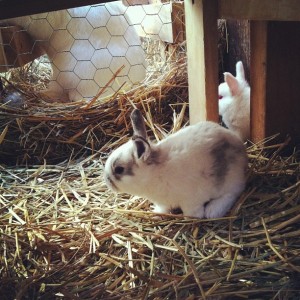